HITLER, VERWOERD, MANDELA AND ME BY MARIANNE THAMM, a memoir of sorts

The Book Revue invites you to an evening with Marianne Thamm, writer, splendid journalist for, amongst other publications, the Daily Maverick and a social commentator / comedian.

Born to a German father and a Portuguese mother who had immigrated to South Africa at the height of white rule, Marianne had a rough, tough childhood in Pretoria. She gave as good as she got and details with great frankness her misdeeds and escapades of drugs and rock n’ roll.

This is a frank and funny account of her complex relationship with her parents and her father in particular. She recounts her battles against her father and against South Africa’s oppressive politics.

This is her story and also about the men who shaped her: her father who came from Nazi Germany, Verwoerd who set South Africa on its appalling path and finally Mandela who showed the way.

Marianne is sharp as a razor blade and an entertaining speaker. We know it will be a great evening.

Best among People are those that Benefit Mankind 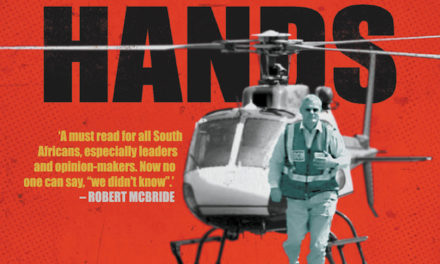